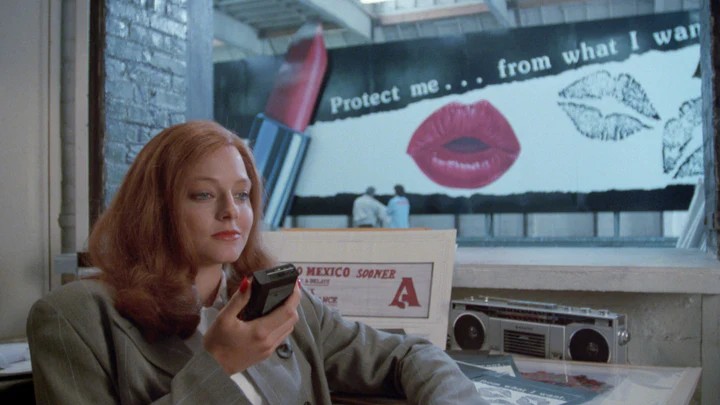 Movie Loft jingles into December with a screening of the romantic thriller crime comedy ‘Catchfire’! (trailer) One of two films directed by Dennis Hopper released in the year 1990, this disjointed action-packed madness features Jodie Foster as Anne Benton, a fleeing witness to a mob hit who is trailed by a killer/kidnapper named Milo (Hopper).
The released theatrical version was denounced by Hopper and credited to Alan Smithee, while Hopper approved a slightly longer director’s cut retitled ‘Backtrack’ (look for a poll soon to vote on which version we watch!). Either way, this is one of the most stacked and bonkers casts of all time, including: Joe Pesci, Catherine Keener, Sy Richardson, and Dean Stockwell (do yourself a favor and resist researching the rest of the cast, if you can!). Helicopters, saxophones, Jenny Holzer, Sno Balls, Dick Clark and so much more!

Hot dogs grillin’ and seasonal sounds spinnin’, starting at 7. Movie to roll around 8. We’re back inside the ‘box for this show so please mask as you see fit and be kind to fellow moviegoers.