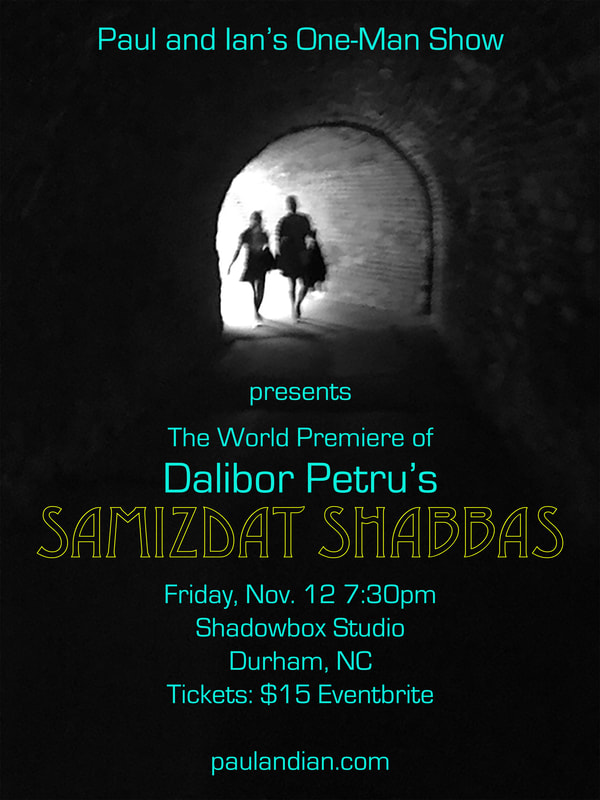 A WORLD PREMIERE and only the second play in English from the dissident Czech playwright Dalibor Petru. Only one performance. Limited seats. Featuring Ian Bowater, Paul Deblinger, Gerald Rubin, and Howard Wood

Dalibor Petru is a relatively unknown Czech dissident writer from the 60s and early 70s. Like many Czech artists he was forced underground after the Soviet invasion in 1968. Petru wrote 19 plays during the period, but they were lost until discovered by his daughter in the attic of a family cottage in the small village of Bzi in 2006. Petru worked for the Minister of Culture in the 60s but lost his job and was relocated to Chumatov 100 kilometers from Prague where he worked as a zookeeper. None of his plays have been produced in a theatre before this performance. It has been mentioned that Vaclav Havel, playwright and first President of the Czech Republic, included Petru in his underground staged readings. THE PLAY was the first Petru play to be translated into English and produced on Zoom by Paul and Ian’s One-Man Show on March 13 , 2021. “Samzdat Shabbas” will be the first Petru play performed in English in a theater.

PLEASE NOTE – This special performance will be strictly Covid Compliant. Our HazMat team will be at the door to check appropriate masking and Proof of Vaccination. Before booking, make sure this is comfortable for you. There will only be 30 audience places available and they will be suitably distanced to accommodate couples and Covid family pods.